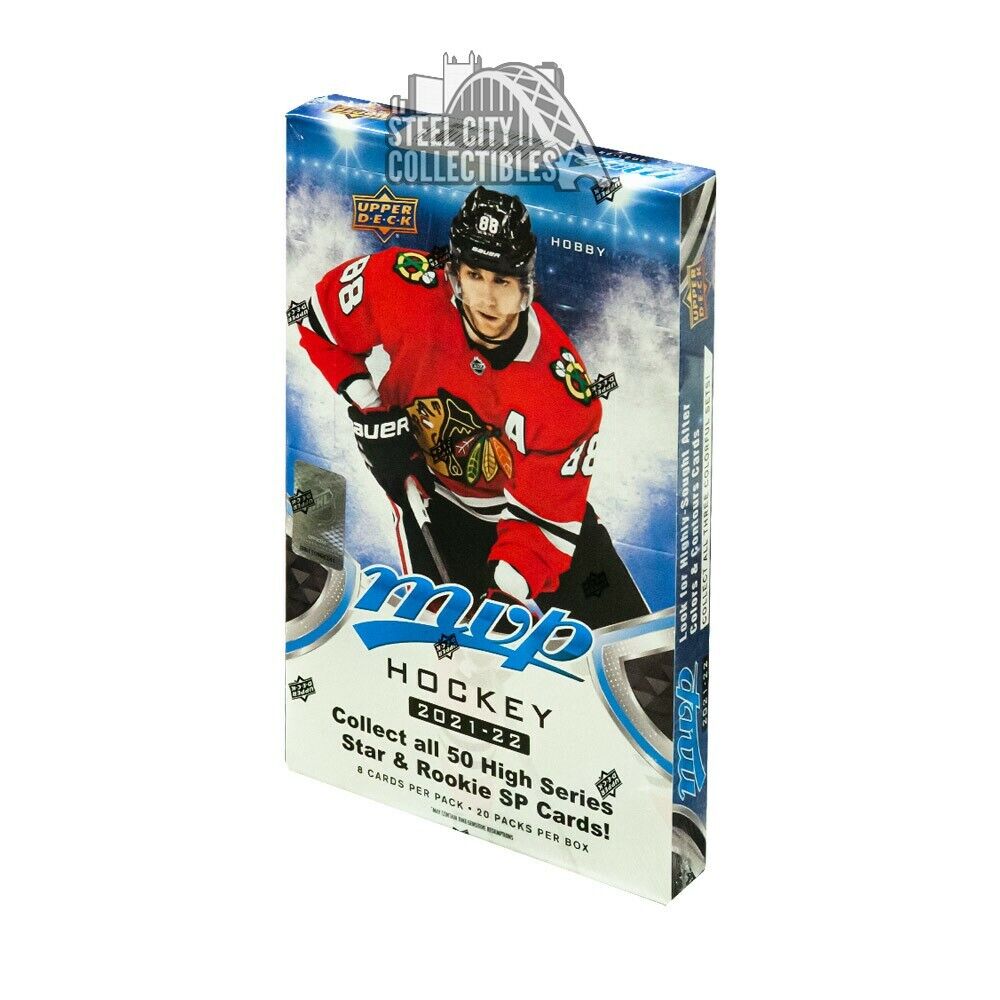 Look for at least 50 insert cards per box on average!

Your 2021-22 hockey card collection starts here with an impressive Base Set consisting of 200 regular cards and 50 High Series Star & Rookie SP cards! Collect an array of parallels, including the popular
Magenta Auto (High Series Star & Rookie SP’s only), Silver Script, Super Script (#’d to 25) and Black Super Script (#’d to 5) parallels, as well as the rare 1-of-1 Printing Plate parallel and the all-new Ice Battles parallel.

The Ice Battles parallel is a card-back variation set. The standard bio and stats are replaced with five categories with which you can play your own Pack Wars game with family, friends and fellow collectors: Overall, Speed, Strength, Skill and Awareness. Collect one (1) Ice Battles card per pack, on average, and let the competition begin!

Every 20-pack box will deliver, on average, at least 50 insert cards!

If you pay the wrong shipping amount, it will delay the processing of your order.

“Import duties, taxes, and charges are NOT INCLUDED in the item price

or shipping charges. These charges are the buyer’s responsibility.

additional costs will be prior to bidding / buying. These charges are

normally collected by the delivering freight (shipping) company or when

charges. We do not mark merchandise values below value or mark items as

“gifts”  US and International government regulations prohibit such

Please contact us with any questions or concerns BEFORE placing your order!!